It has been more than one week since Nigerian youths took to the streets to protest against police brutality and harassment in the Country. What started as a series of unconnected posts on the popular social media, Twitter, condemning police brutality and highlighting cases of abuse and excessive use of force eventually culminated in a massive protest that has spread to major cities in the country, Nigeria.

While they continue to occupy major roads and other locations in big cities across the country, Nigerian youths continue to fill the social media space with sordid and almost unbelievable tales of police brutality, harassment, illegal detention, extortions and sometimes, extra-judicial execution.

A year ago today. The #EndSars Movement changed forever. Lmaoooo I deserve some accolades walai. https://t.co/l7G5HuTSsj

Ladies and Gentlemen!! This is why we protest #EndSARS

It will cost you $0.00 to Retweet this till the government comes to our rescue.#EndPoliceBrutality pic.twitter.com/bcK02ZzaYH

For our brothers and sisters. We go again. We won’t stop till we #EndSARS pic.twitter.com/idM5N6QphA

The fight against abuse of human rights by the Nigerian Police appears to be one that has lingered for  too long. For years, leading voices and organizations like Amnesty International, (@Amnesty on Twitter) Citizen Gavel (@citizen_gavel on Twitter), Social Intervention Advocacy Foundation (@SIAF_NG) have lent support to the citizens in their fight against police brutality by advocating for police reforms and providing legal support and intervention for illegally detained and arrested citizens.

On 21 Sept. 2016 we released a report titled “You Have Signed Your Death Warrant” on torture, extortion, unlawful detention & other forms of ill-treatment by #SARS of Nigeria Police. Retweet if you want us to do a thread on Saturday on the disturbing findings of the report.

…what we get are not only killer squads that reign supreme but a Police Force that have gone rogue, killing and maiming defenceless citizens. pic.twitter.com/2fhT3ebfAh

With no end in sight, the youths have decided to take the bull by the horns, and like similar protests across the world such as the Black Lives Matter protests and the Hong Kong protests, they have chosen to occupy the streets and make their demands known to their government.

Building on the momentum generated by numerous online posts and input of social media influencers and groups such as the Feminist Coalition (@feminist_co on Twitter), the protests have grown to be one of the biggest the people have ever witnessed. Without clear leaders, the crowd has shown a lot of restraint and organization even in the face of physical attacks from allegedly sponsored counter-movement.

In the face of brutality and oppression, let the world know that Nigerian Youths did not and will NOT back down.

However, there seems to be light at the end of the tunnel as the international community have confirmed their support for the protesting Nigerian Youths. The EndSARS protest has received coverage from the likes of CNN, Celebrities like Kanye West, Sean “PDiddy” Combs, Wesley Snipes, Belcalis Amanzar and even Jack Dorsey of Twitter Inc. who also tweeted in support of the movement..

At least 10 protesters have died in Nigeria at ongoing protests against police brutality. An effort to reform the police unit from SARS to SWAT appears to be little more than a rebranding exercise. @StephanieBusari reports https://t.co/cqaUAiT198 pic.twitter.com/cYg4512JGx

More surprising is the support from none other than Anonymous, a popular international hacktivist group who have since carried out several attacks against a number of government owned websites, such as the Central Bank of Nigeria, the Economic and Finacial Crimes Commission,as a show of support for the endSARS movement.

The Nigerian government appears to be making concerted effort to create an official line of communication with the protesters. This will not be the easiest task as the protests have been technically without leaders although there are identifiable social influencers and youthful public figures who aided in crystalizing the online agitations into a nationwide protest.

The situation on ground calls for tact on the part of the Nigerian Government and a show of sincerity by immediately taking preliminary actions which will show the sincerity of their intention. The youths are currently asking for immediate disbandment of the Special Anti-Robbery Unit and other reforms bordering on good governance and efficient delivery of public goods.

We plead with the Nigerian Government to rise to the day and we vzhope the protests will come to an end, but not till the Nigerian youths see reasonable changes. We also stand with the youths in Nigeria and wish them a great future ahead. Carpe Diem. 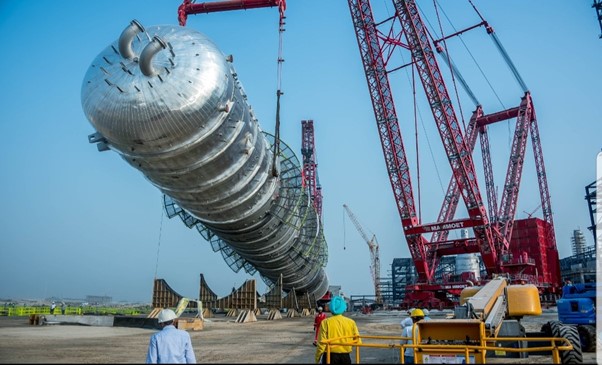 The Biggest Oil refinery project in Africa to refine 650,000 barrels of crude oil a day is estimated to be complete in the year of 2021!
Previous Article 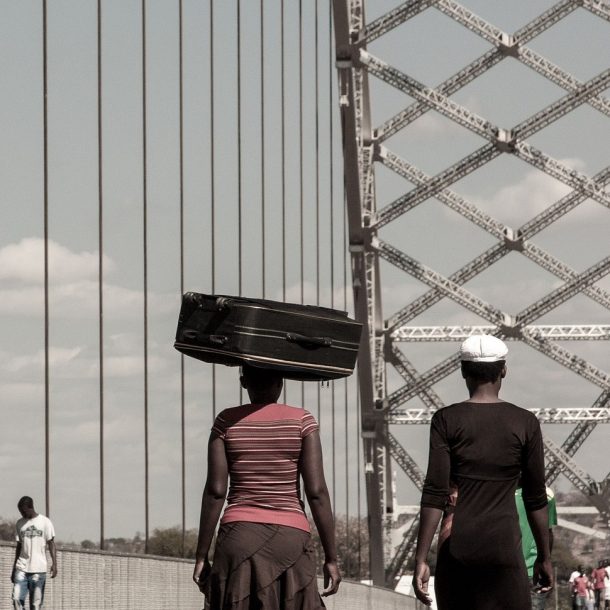 The Economic Growth of the African - Dr. Nqobizitha Dube
Next Article